The original name of Key West was Cayo Hueso (in Spanish) and translates to Bone Island.  It is said that when the Spanish settled the island it was strewn with the bones of previous inhabitants.  Which is probably true considering the island is actually a coral island and had basically no topsoil and so you weren't able to bury anything.

Key West is closer to Havana (106 miles) than it is to Miami (127 miles) and the inhabitants embrace the unique culture of being not quite the US and not quite the Caribbean.  In 1982 they even briefly declared themselves an independent nation the "Conch Republic".  The Conch Republic is still loud, proud, and celebrated every April.

Harry S. Truman spent a total of 175 days in Key West during his presidency and the Little White House and Truman Annex are a testament to how much time he spent there. 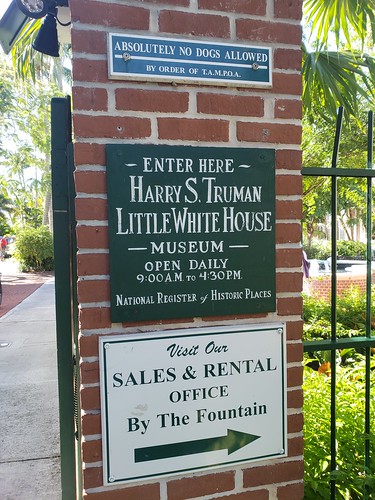 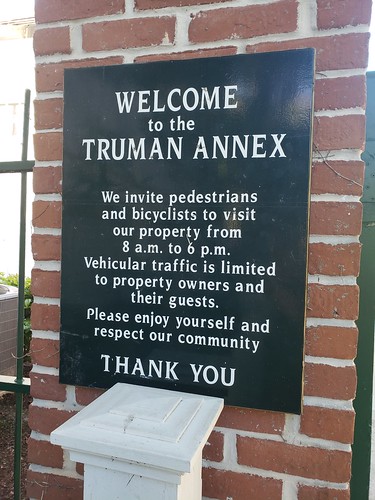 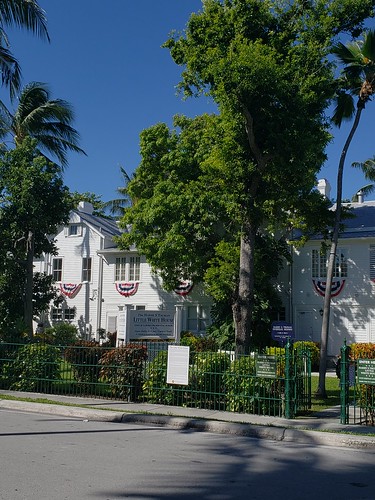 Many homes have their porch/veranda roof painted "Haint Blue" 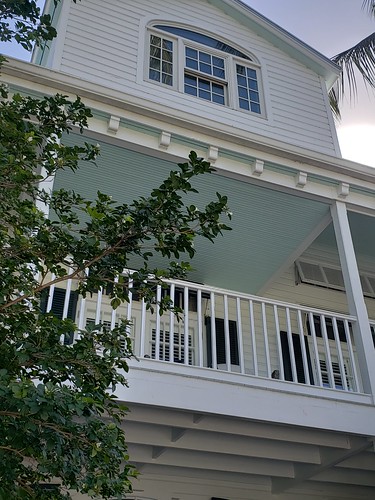 Haints are restless spirits of the dead.  Haints can't cross water and the blue is meant to look like water to trick the spirits into not being able to cross into your house. 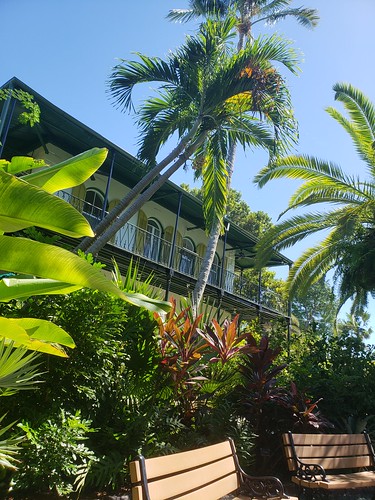 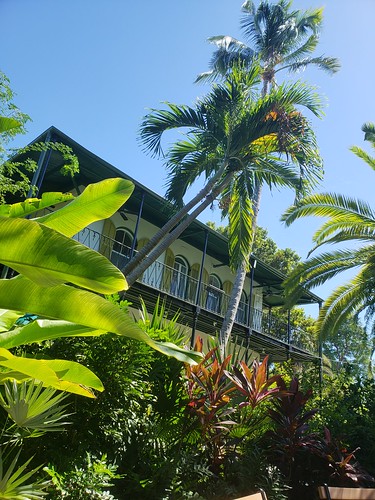 The Hemingway House is famous for its 6-toed cats, all descended from an original white kitten bought for his children, the cats have free reign to the property. The cats do not care about the visitors, at all.  They basically are just quietly resigned to having their picture taken, but please no picking up the cats! 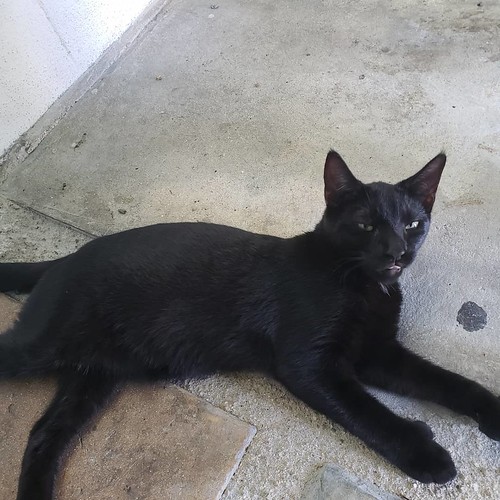 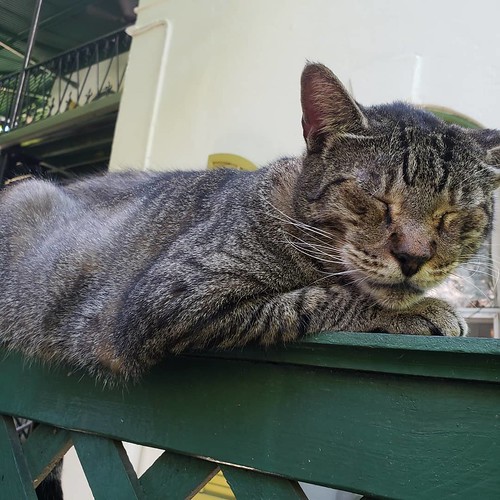 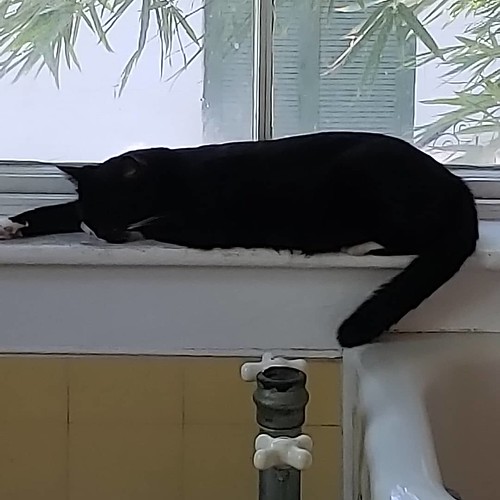 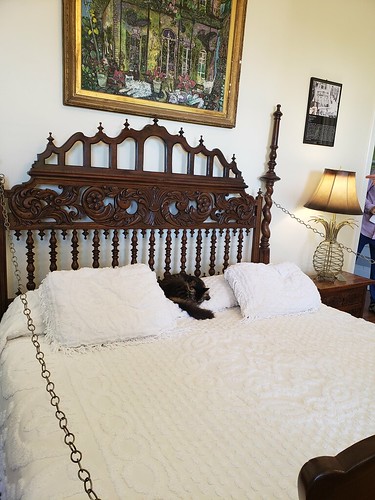 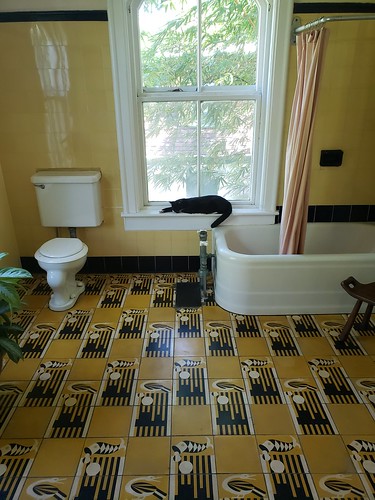 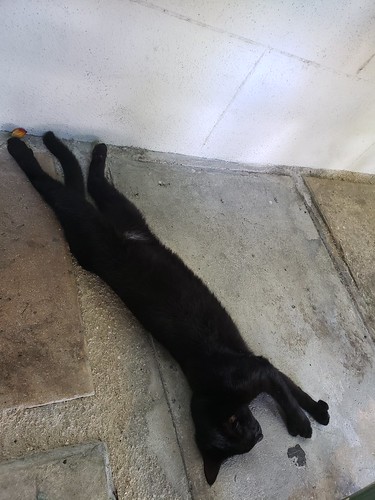 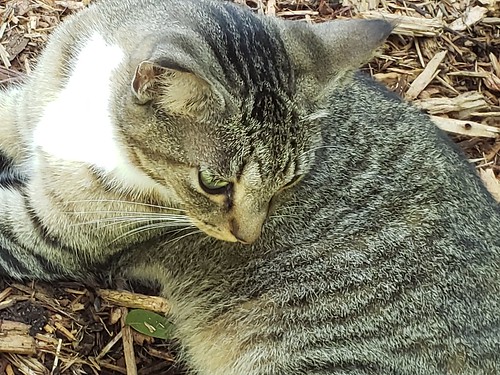 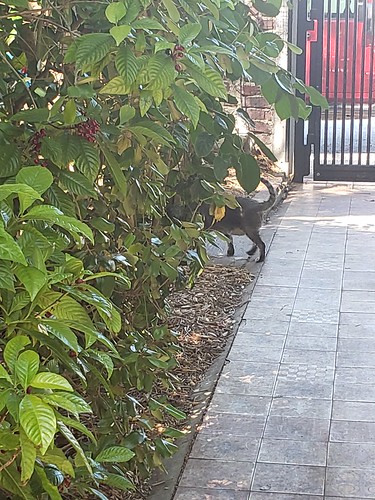 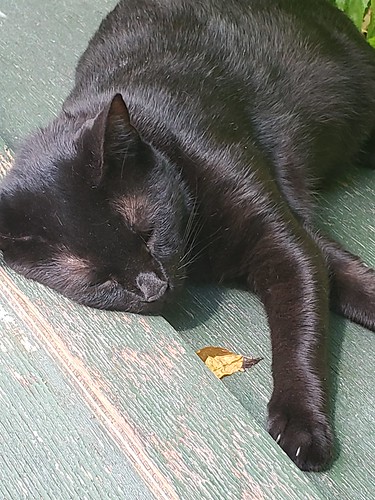 Ernest had mentioned that he wanted a pool (the first on the island), and had even picked out the place for it.  It would be well-fed from a deep cistern.  While Hemingway was away covering the Spanish Civil War his wife, Pauline, had the pool built for $20,000 (about $350,000 now).  When he returned and learned the cost, they argued and he shouted "Well, you might as well have my last cent!" and threw a penny at her.  They embedded that penny in the cement where it fell. 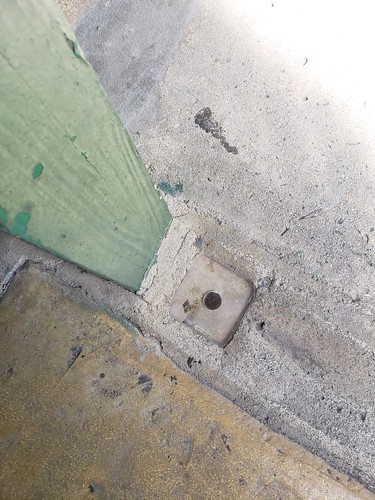 I did not go to the southern most point and take the obligatory picture.  Maybe if I go back I will, but instead I walked by the original Sloppy Joe's.  When the lease was canceled (or the rent went up; I'm not clear on the specifics), Joe let his patrons basically take everything out. Hemingway ended up with his favorite urinal.  It's at the Hemingway House, but yeah, I'm not getting a picture of that. 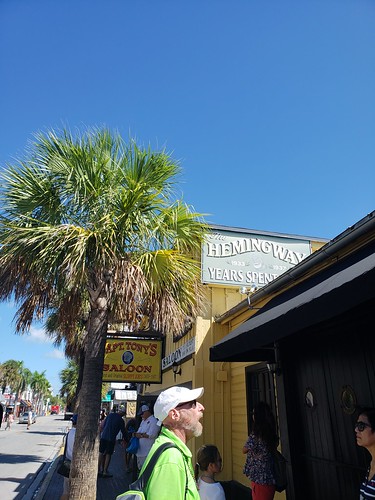 Anyway, Joe reopened his bar a block-ish away. 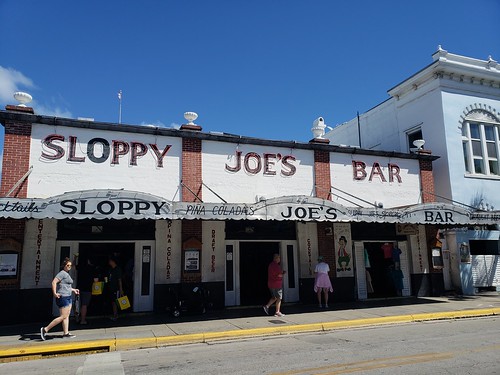 Our guide told us that lots of people go to Sloppy Joe's, but he thinks it is mostly crowded and overrated and pointed us toward some better places.  I ended up at the Hog's Breath. 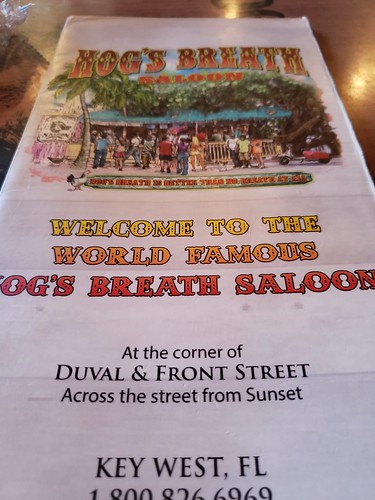 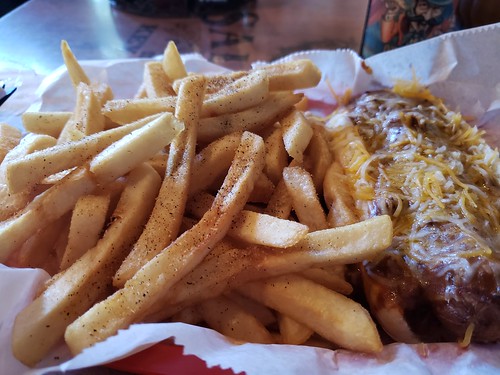 And then strolled to the original Key Lime Bakery 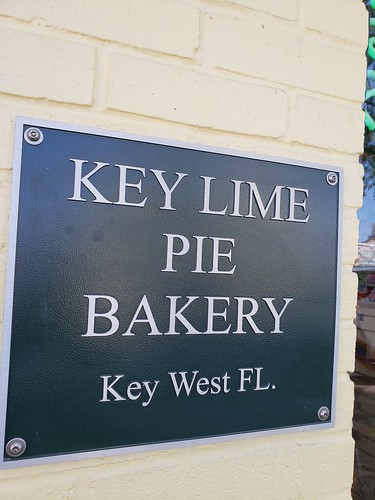 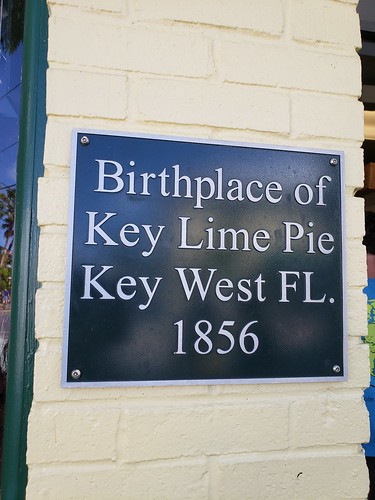 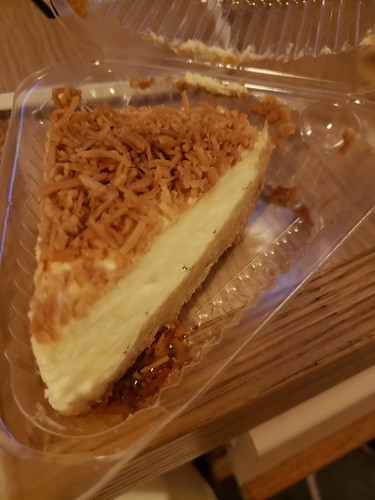 And strolled around Mallory Square before heading back to the ship.
Posted by jalaire at 10:50 AM