In 1972 thirteen balloons ascended as part of the first Albuquerque International Balloon Fiesta. The Fiesta is now the largest balloon event in the world.  In 2018, 567 balloons from 16 countries were registered to fly, and most of those launched from the 78-acre launch field at the opening session. 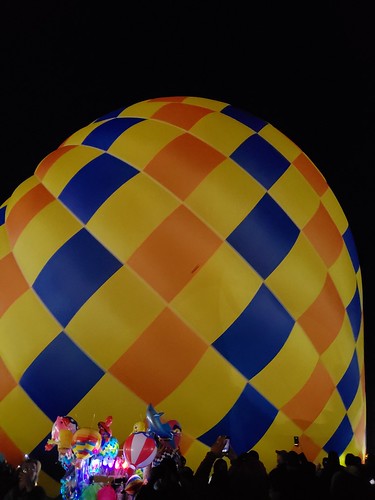 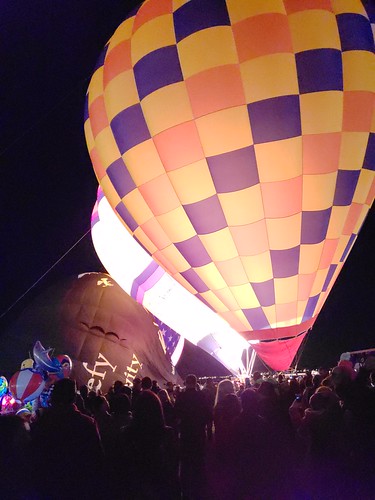 I was in Albuquerque for work, but arranged my schedule to fly back a day late so I could attend the opening session of the two week festival. 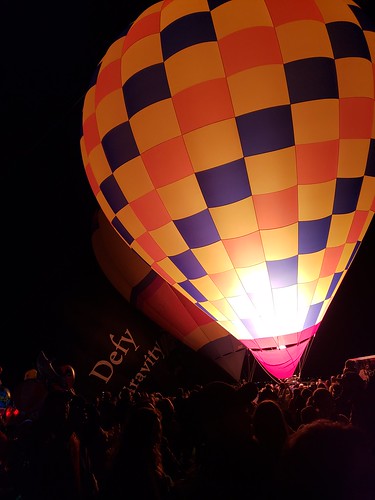 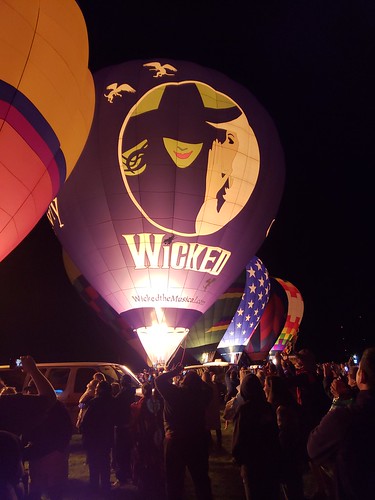 The weather Saturday morning was perfect.  Although high winds, and showers were predicted for the evening (and indeed forced the cancellation of the evening balloon glow), the morning was crisp and clear and perfect for balloon flying. 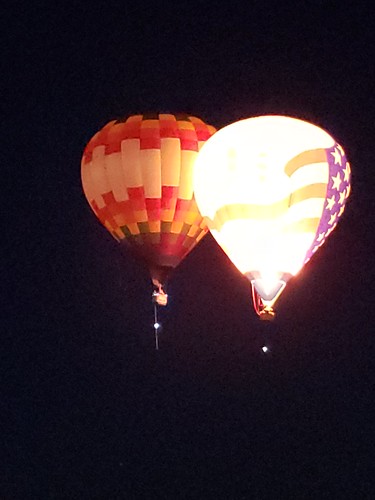 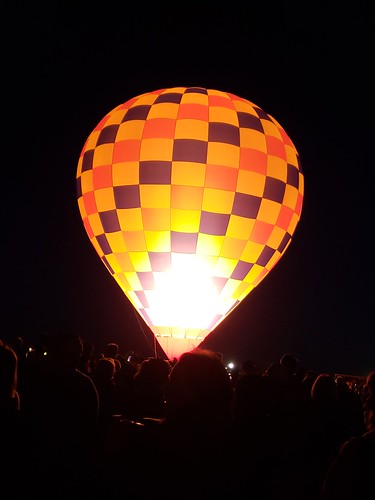 My Albuquerque colleagues encouraged me to take advantage of a park and ride which provides a roundtrip bus (in priority traffic lanes) and entry to the park.  It cost about $15 which seems like a pretty good deal.  The bad part of the deal is that hot air balloons like to launch early in the morning.  So, I got up about 4 am.  NOOOOOOOO! 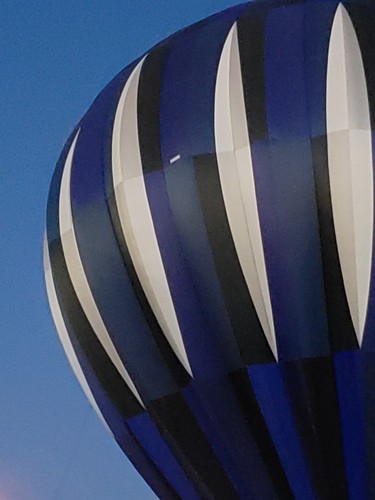 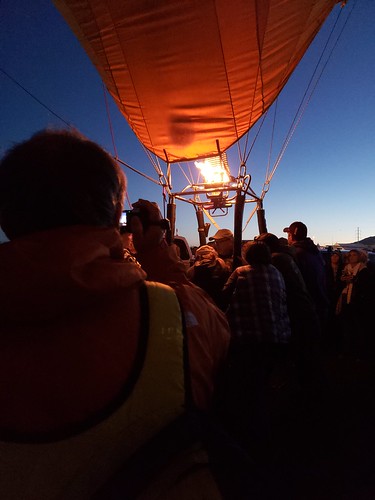 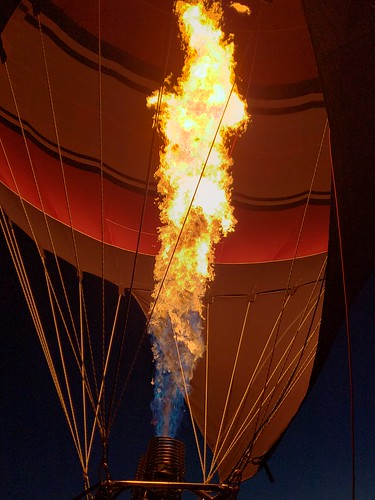 When I got to the park it was still dark and just about 6 am.  Dawn Patrol was just starting.  Dawn Patrol began in 1978 when two California based balloonist developed a position lighting system that allowed them to fly at night.  The Dawn Patrol pilots at Fiesta take off in the dark and fly until it is light enough to see landing sites.  Other balloonists watch the Dawn Patrol and get an early idea of wind speed and direction at various altitudes. 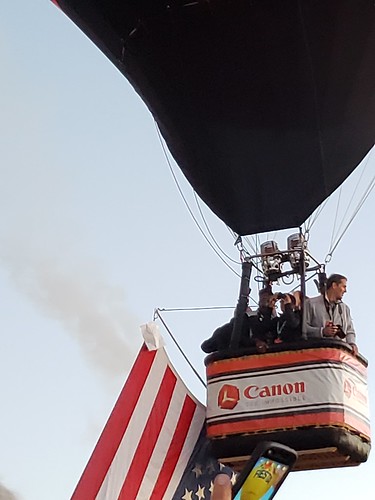 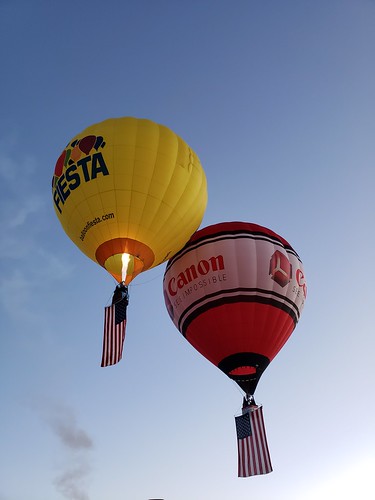 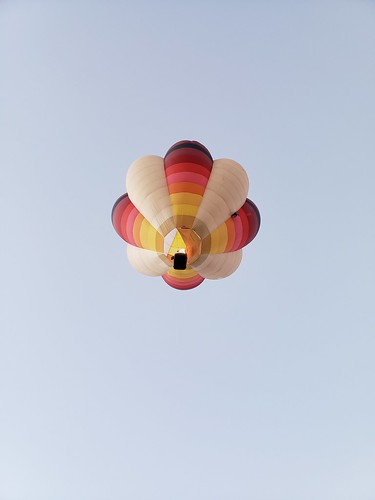 On Mass Ascension days about a dozen Dawn Patrol balloon do a choreographed inflation and launch set to music. 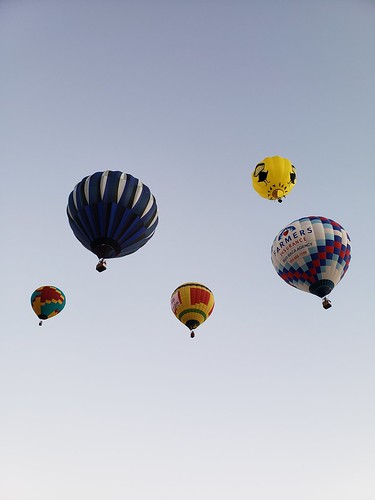 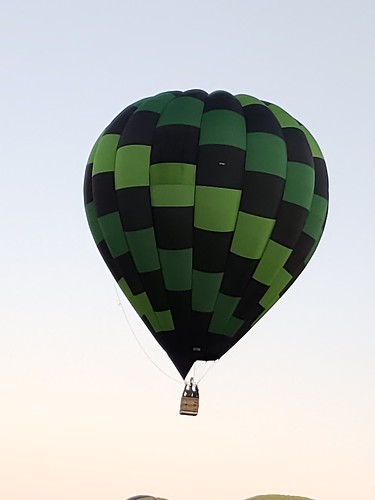 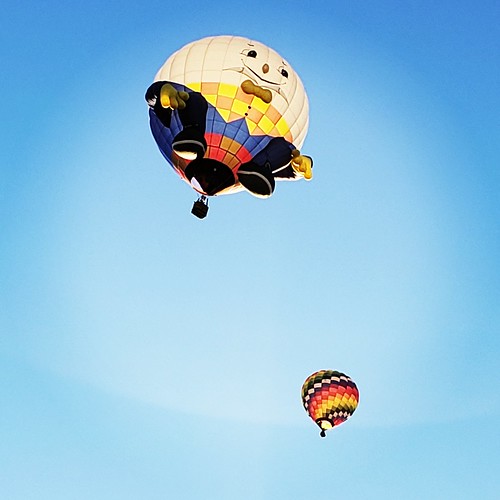 The Mass Ascension is exactly what it sounds like.  All the participating balloons launch in two waves.  Zebras (wearing black and white uniforms) serve as traffic cops and launch directors making sure the balloons leave the field in an orderly, safe fashion.  And by safe, that also means they corral the observers on the field so they don’t get run over by a balloon or gondola! 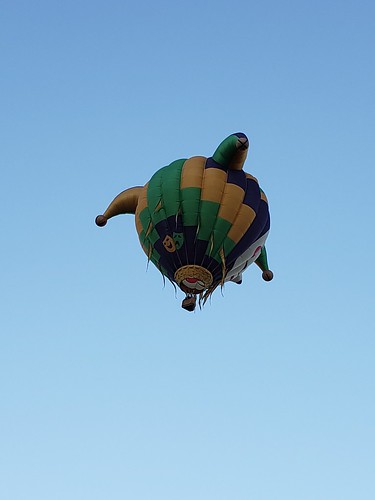 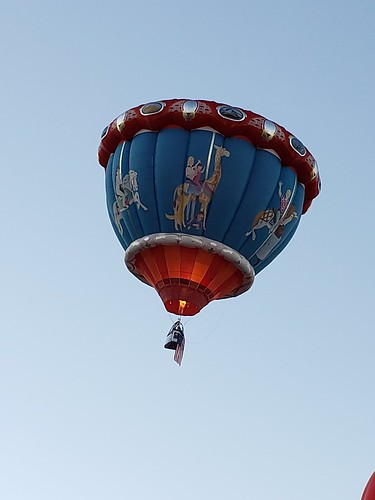 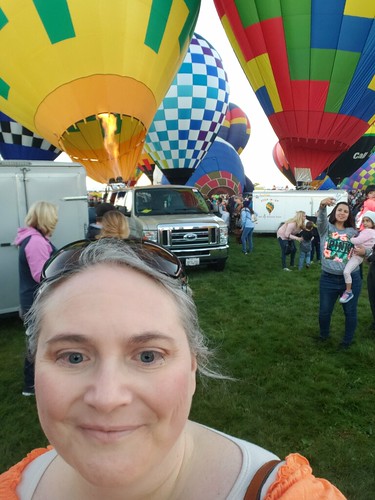 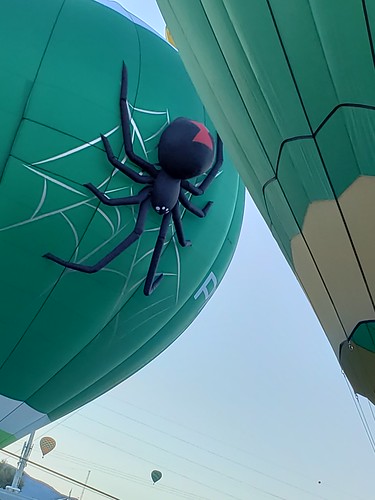 Albuquerque Balloon Fiesta is crazy.  Because of their safety record they allow everyone to be on the field walking amongst the balloons. There are balloons everywhere – in every state of inflation.  And once the Ascension starts, the sky is full of hundreds of balloons. 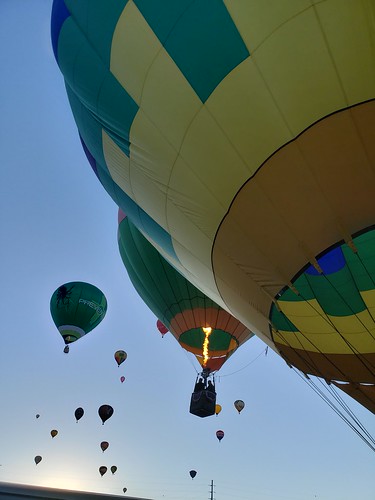 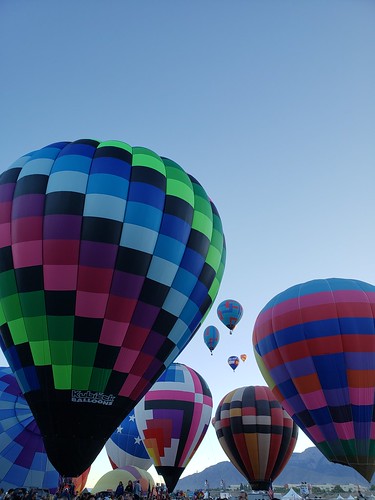 I didn’t walk the entire 78-acres, and still felt like it was an overwhelming, crazy amount of balloons. 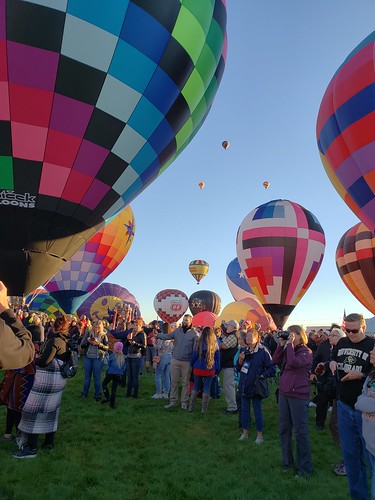 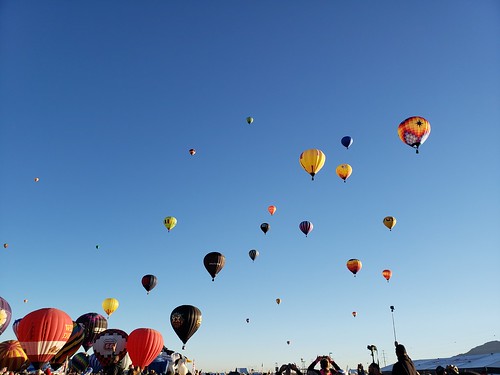 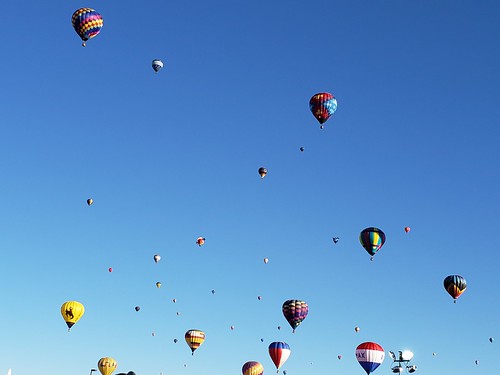 My advice for attending – get there early, and leave at an off-peak time.  When my bus arrived, there was no line – we just walked right in to the field, and we I left there were only 2 other people on my bus. But by the time I left, the line to get in was winding through a Disneyland ride-like maze, and I heard people saying that the lines to go back to the park and ride were also crazy long.  If I happen to be in Albuquerque during the first couple of weeks of October again, I would definitely go, but I might just try to get tickets to the Chasers Club! 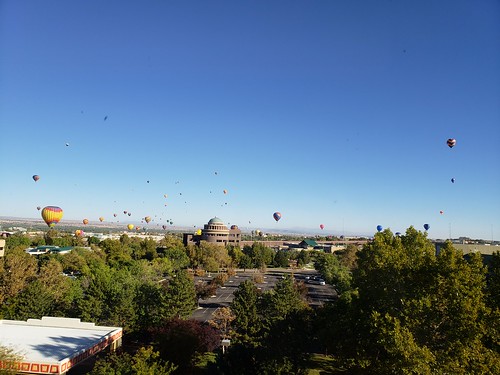