In Kansas City barbeque is king and prides itself on an anything goes kind of style. You want a bunch of different meats? Ok. You want a tomato, vinegar, sugar, or mustard based sauce? Sure you can get that. There are a bunch of different BBQ places, but when I told the lady at the rental car agency I was there for BBQ, she not only asked if I was going to Arthur Bryant's, but told me I HAD to go to the original location.  Not only already on the agenda, but the entire reason for the trip I assured her. 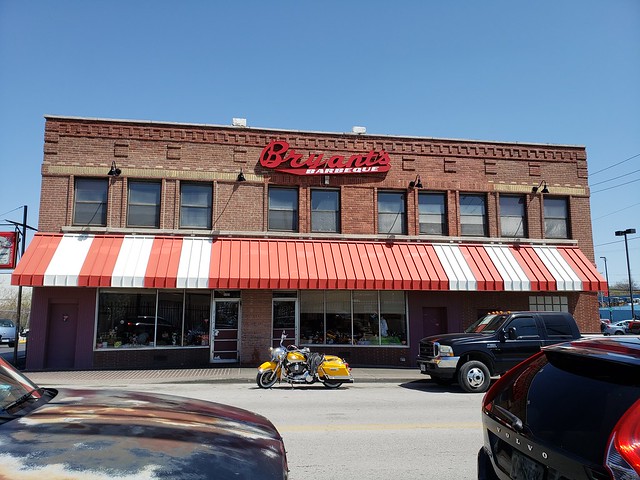 The List tells me "there's no decor to speak of....but that just means there's nothing to distract you from the signature half-pound of slow-cooked brisket slapped on plain old white bread, with a gritty herbs-and-spices-flavored barbeque sauce and the best skin on french fries in America."
Listen, real-talk here....those fries were marginal.  They were fine, but definitely not in top 10, let alone best in America.

5 things about Arthur Bryant's Barbecue:
1. There is no decor; it is pretty much just a collection of tables, and a school lunch line of meat windows.  There also seemed to be no air-conditioning because it was HOT in there. 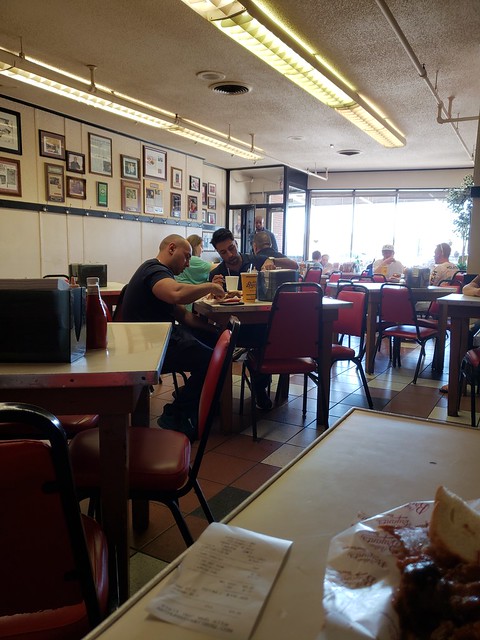 2. It was packed.  Even at 2pm on a random Saturday.  I waited in line around 20 minutes to order. 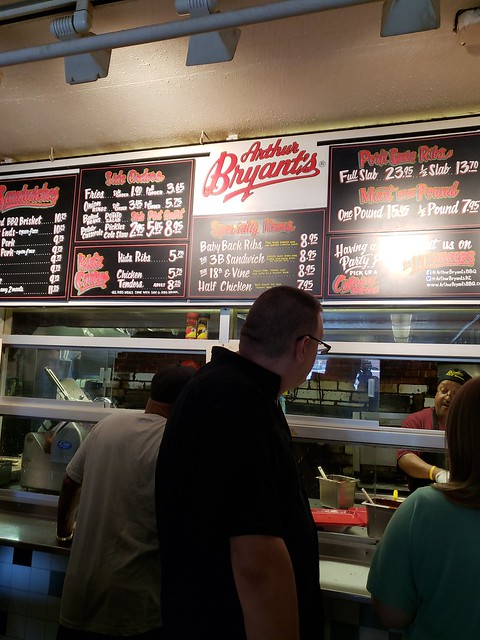 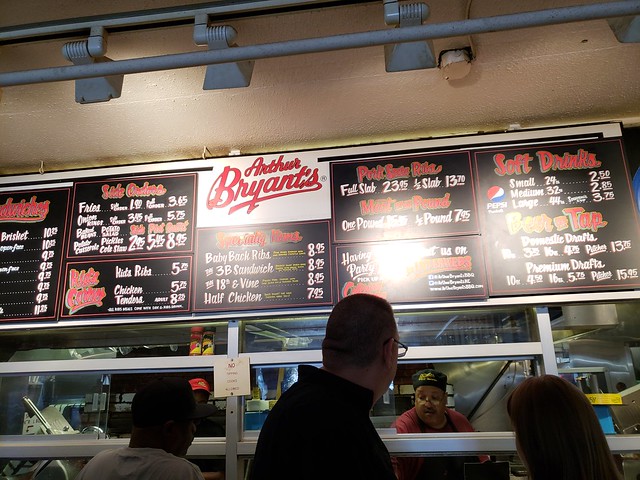 3. I knew I was ordering waaaaaaay too much food, but I wanted to try a couple of kinds of meat.  I really though about ordering an extra side, but was glad I refrained.  About half of my meal ended up not being eaten. 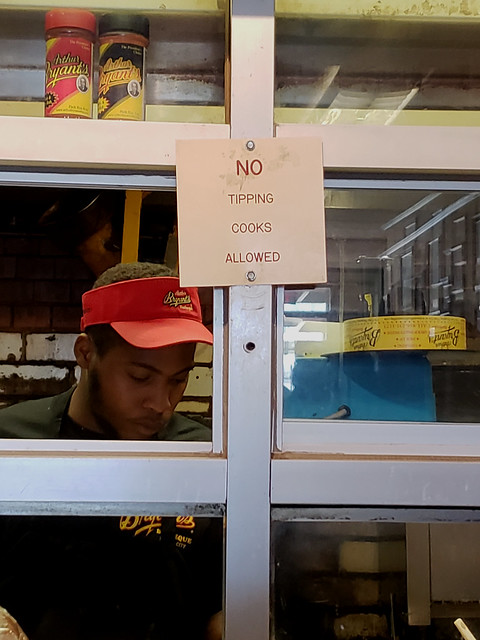 4. The actual order:  The combo with burnt ends (obviously) and sausage, and fries. Like I said the amount of food was overwhelming.  The burnt ends were delicious.  So, so, very delicious.  I ate pretty much all of that part of my plate.  The sausage was also good, but I was expecting it to be, you know, sausage-shaped, but it was sliced like roast beef.  But it tasted like sausage - it was good, but ultimately too weird for my brain/palate to reconcile.  The sauce, though, well, they have a bunch - but the original was all I needed. I thought it was insanely good.  (Maybe tied with Melon sauce.) 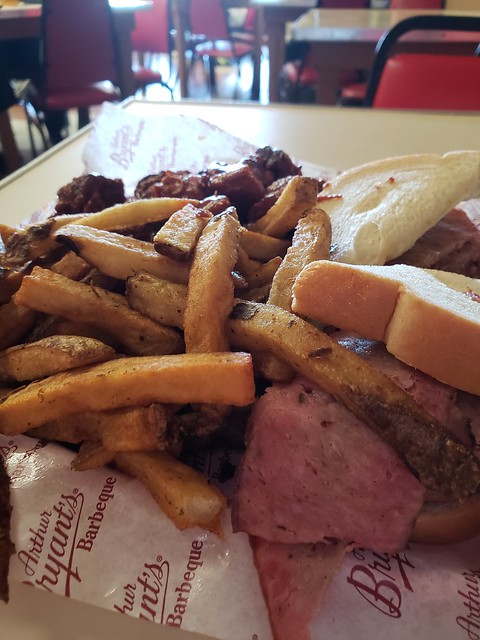 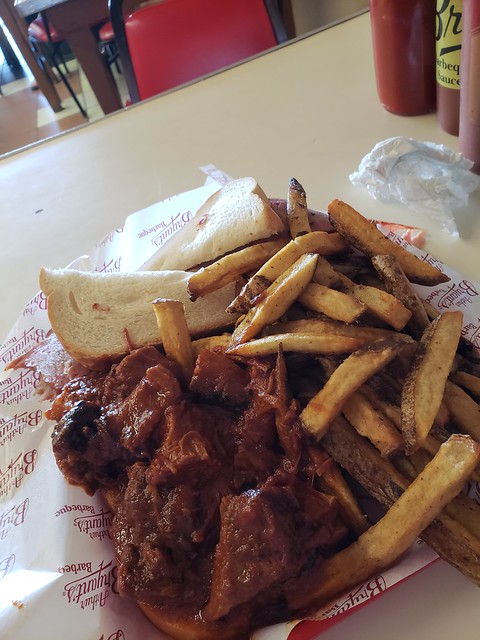 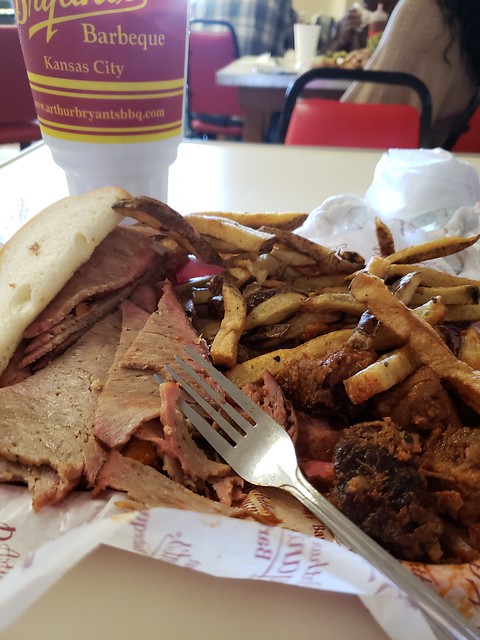 5. While it was very good, I was surrounded in line by folks who had never been there before.  I don't know if they live in the area or were visiting, but as with many of these Local Royalty Restaurants (Pat and Geno's in Philly, for example) - they are legendary examples of a local food genre, but you probably won't see a lot of actual locals there. 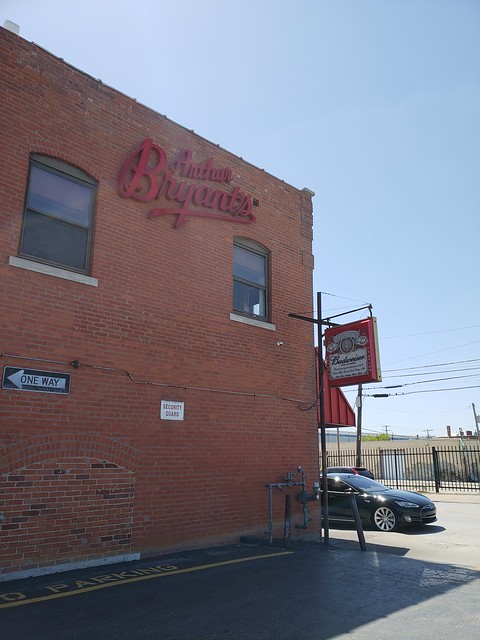