"BWCAW is the largest U.S. wilderness preserve east of the Rockies ... It's a pristine labryrinth of 1 million acres and seemingly as many lakes, with more than 1500 miles of mapped canoe routes running through it, but not a single road.  Since it's almost entirely off-limits to motorboats as well, it's easy to imagine the area as it was in the 17th century."

I was absolutely terrified to do this.  Canoes are not known for their stability and I was so scared we'd capsize. Or that I'd slip and bash my head in on a rock, or that I'd lose a contact, or my glasses and I'd be literally in the middle of a giant wilderness, completely blind. 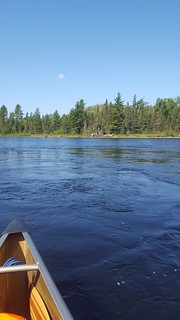 Ultimately, I found an awesome outfitter/guide - Peta at Women's Wilderness Discovery who was just what I was looking for.  She specializes in women's canoe trips whether it's for a day (me) or a week (not me), and planned a super beginner route.  She also promised that I would NOT fall into the lake.  Peta also was a fantastic cheerleader.  She understood how afraid I was, and was constantly providing reassurance and coaching. 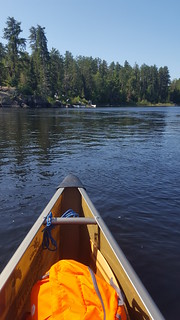 By the end of the day, I was sure we wouldn't capsize in the lake, but getting in (and especially out) of the canoe is among the most terrifying things I've ever done.  I'm incredibly proud of myself for crossing this one off The List. 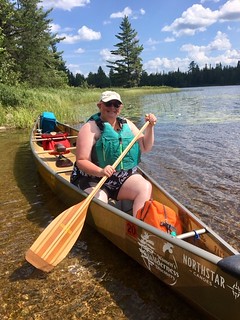 As we neared the landing we passed a family in two canoes heading the opposite direction.  The dad called out asking if they were nearing landing 30.  "Yes," Peta said, "but you can't see it yet.  Follow us."  Turns out they had capsized one their canoes, and were lost.  Despite being probably 50 rods from the landing they were heading the wrong direction.  This is why you hire a guide.  I certainly would've been lost forever in a thousand miles of lake shore. 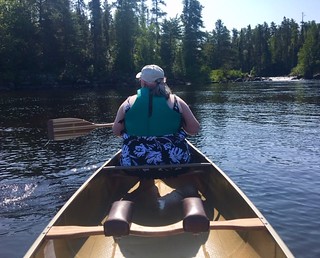 And last, but not least - driving back into town we passed Red Cabin Custard and Peta recommended I stop there at some point.  They always have vanilla and chocolate, plus a flavor of the day.  It was across the street from my hotel, and it was delicious. 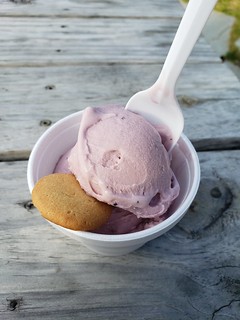