The Arizona Biltmore is the only surviving hotel in the world in whose design Frank Lloyd Wright participated.  It opened in 1929, and was built by Albert Chase McArthur (an apprentice to FLW).  FLW was only credited as a consultant, but his influence is prevalent.  Just looking at it, I thought, “This is so FLW” – down to the chairs in the tea room. 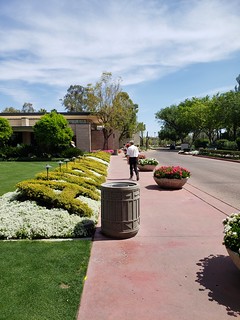 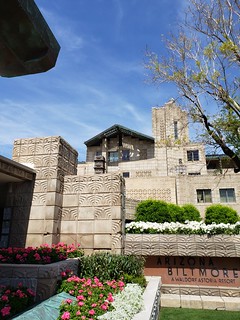 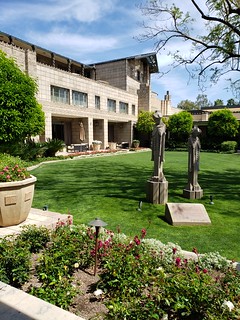 Driving up to the hotel was crazy.  First of all there are the Biltmore Estates where all the rich people live surrounding the golf course.  There was an open house going on in the Estates and I half thought about stopping.  I also took a wrong turn and ended up driving all around the Estates and woo-boy – rich people be crazy, y’all.


When I finally figured out which turn I needed to take to get to the actual hotel it was super busy and chaotic. There were a ton of people, TV cameras, security services (with K-9), and just generally “what is happening here today-ness”.  I found out from my tea host that the NFL annual owners meeting was also going on at the Biltmore.  I did not see anyone I knew.  (And by that I mean, Jerry Jones is the only owner I might be able to recognize, and if I did recognize him it would probably be to kick him in the shins.)

This is one of those things on the list, that yes, it would be nice to spend a week in a luxurious resort, but some of us are on a budget, so I decided to indulge in Afternoon Tea. 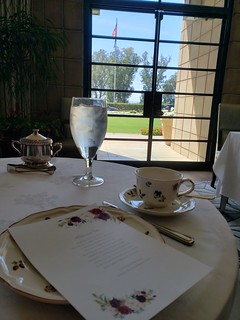 They have a variety of tea programs, but I’d read a little about it and decided to do the 2-course tea.  It’s a lot of food.  I’d also advised of my shellfish allergy which meant I didn’t get any seafood at all in my presentation.  #winning

One of the accouterments to the tea are the jams, preserves, cream.  I had a kumquat preserve (it was sooo good), a berry preserve (seriously just smashed berries – part was too liquid and part was too solid, but it tasted good – just drippy), some sort of lemon curd maybe (it was gross, I tried it once and then stuck mostly with the kumquat), and of course, Devon cream – which they import from Devon, England. 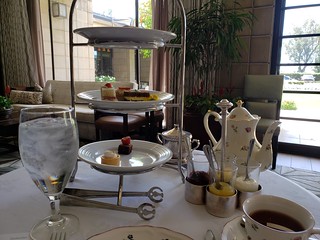 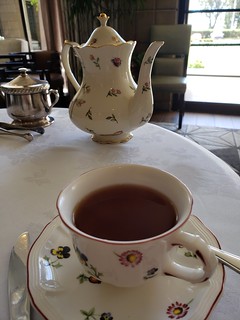 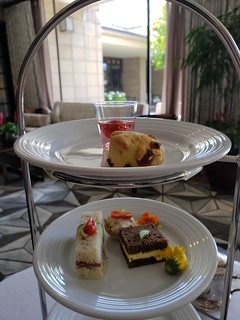 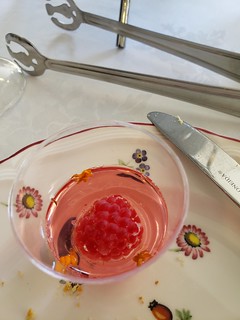 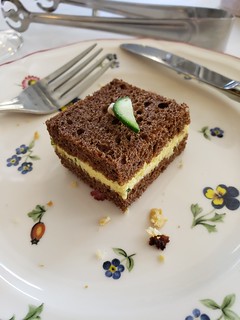 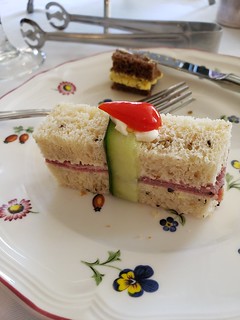 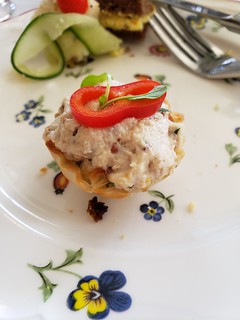 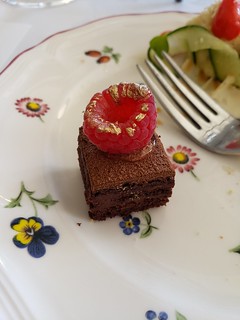 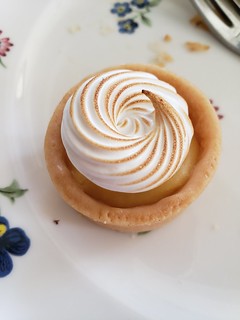 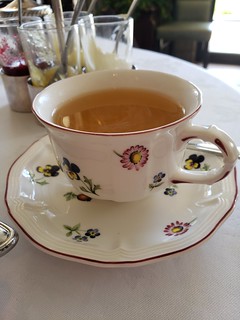 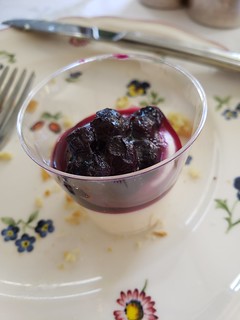 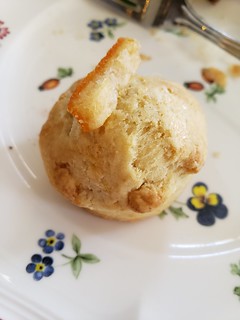 2nd Tier: Turkey BLT, Avocado on Grainy Bread (2) and Avocado Pickled Onion Toast (normally you’d also get a Lobster and Shrimp Roll or a Salmon Puff of some kind but I doubled up on the turkey) 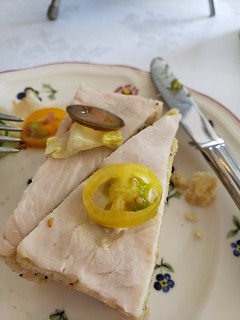 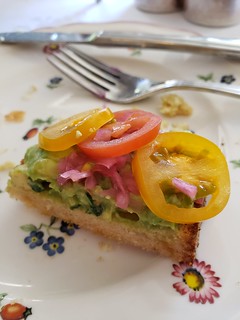 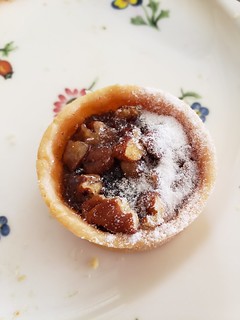 Everything was good, but my favorites were the chicken salad (I would literally eat an entire 3-tiers of them), and Kumquat Scone.  I thought the pecan and fig tart was good as well, but I didn’t get enough fig, personally.
Definitely would recommend if you’re even in Phoenix and want to feel all kinds of fancy.
Posted by jalaire at 8:22 PM