We returned the rental car and were dropped off at the Metro North station to get back to the city.  This time around we had a better sense of everything, so I proposed to Cort that we skip the express train (it looked like it would be packed), and take the local so we wouldn’t have to stow our luggage in the rack.  That part worked really well.

We ended up sitting on different sides of the aisle with our bags taking up the other passenger seat (I know this is bad manners, but we took the less crowded train so nobody would be inconvenience by our bad manners.)

Since we weren’t really sitting together we both kind of zoned out on our phones for the ride.  I started perusing the Today Tix app – which I’d heard about somewhere and thoroughly researched to see if it was legit before the trip – because I was hoping to see a couple of shows and realized that we really only had Sunday and Monday night to do it.  (Hint, Broadway shows don’t really happen on those nights – matinees only, mostly on Sunday, and most shows are dark on Mondays.) So, I was looking at Today Tix hoping to find an inexpensive rule breaker.

Scrolling through, Imbible caught my eye.  To this very day, I maintain that I heard about this show either on Seth Meyers or the Hamilcast, but I cannot find a reference to it either place, but I remember hearing about it and thinking – ooh, maybe Cort will want to see this while we’re in NYC.

And here it was – and they had a Sunday brunch show (like at 2:30 or 3:00) called Day Drinking: The Brunch Musical.  It meant abandoning our Grange plans, so I wasn’t sure Cort would go for it, but I scooted over to the aisle seat, leaned across, and was like, “Hey, do you want to see a show instead of rushing all over town to maybe get a chance to see The Grange?”

I told her a little about the show and had her read the description and long story short, she was like, “Sure.” And I ordered tickets from Today Tix.

Oh my gosh, that took so much pressure off our day.  We didn’t have to rush at all!  So, once we got to the hotel, which let me pause for a second to tell you about our hotel….

We ended up landing a $59/night rate at a brand new (like opened last month) Times Square hotel  (see also: next to the Drama Bookshop – which plays an integral part of LMM’s creating of In The Heights).  The A/C Times Square is super deluxe, Marriott spent some serious money on an architect and designer because those standard sized NYC hotel rooms felt HUGE!  The bathroom felt HUGE!  And the whole place was just really, really nice and very conveniently located.  The rooftop bar wasn’t opened yet, and that is my only complaint.  Everything else was just excellent.  Oh wait, my other complaint was that because it was brand new construction, no uber/lyft drivers could ever figure out exactly where they should drop us off.  That’s not really a complaint, more of an amusing anecdote.

So, once we got to the hotel we found a restaurant kiddy-corner away and ate lunch at Schnippers , then walked back to the hotel to officially check in, get settled, and grab a Lyft to the theater. 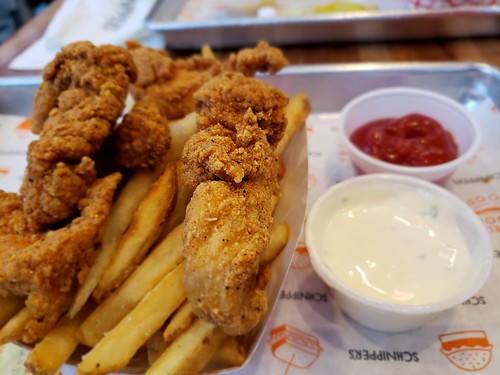 Here’s the deal with Today Tix – you know the red TKTS booth in Times Square, and people always tell you about the amazing deals you can get there.  Today Tix is like that, but all in an app AND you meet up with their rep at the theater about 30 minutes before the show to get your tickets. (The meeting up with them is the part that made me nervous.)

We got to the theater and the uniformed concierge was right outside (it turns out New World Stages has like 6 theaters inside so they had tickets for all kinds of shows there….Avenue Q, anyone?). 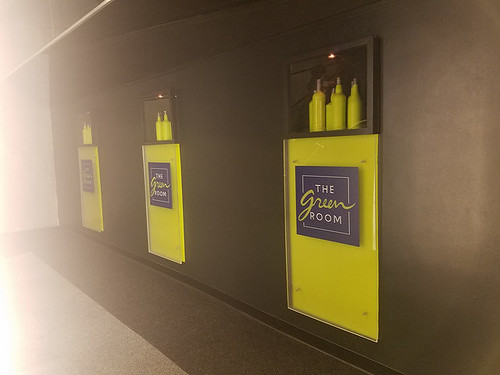 We got our tickets, found our theater and it was a super smooth process.  I will admit to having a great deal of anxiety until the tickets were scanned and everything was cool. 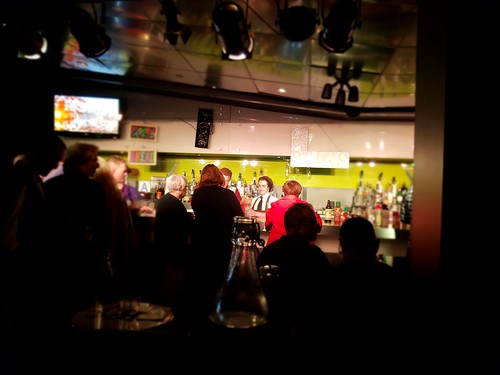 I had so much fun at this show.   It was hilariously funny, super interactive, and I learned a whole bunch of stuff about brunch (did you know that a bloody mary is brunch in a glass – because….umami.) I left this show literally giddy with joy, it was way better than the super stressful afternoon that was previously planned. 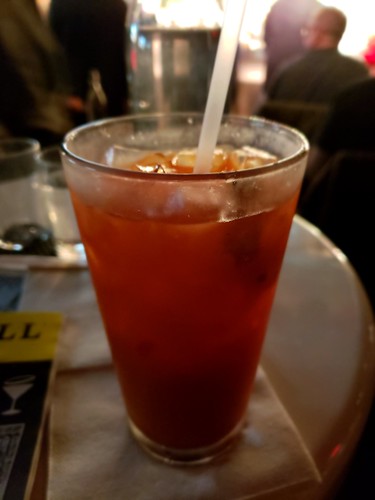 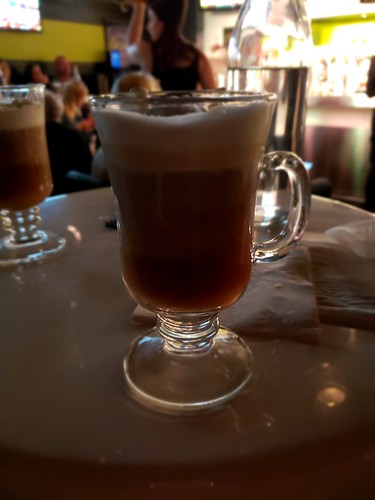 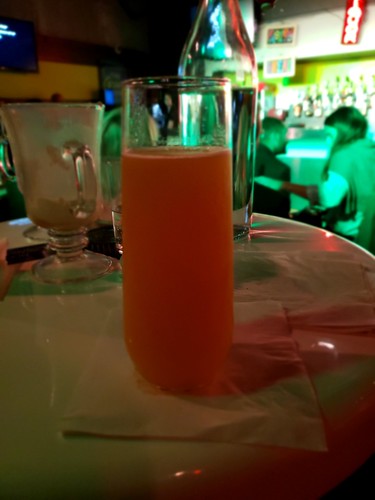 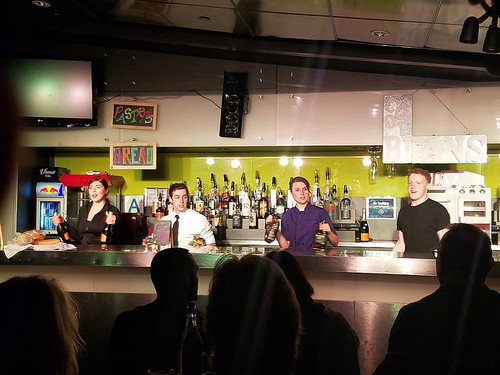 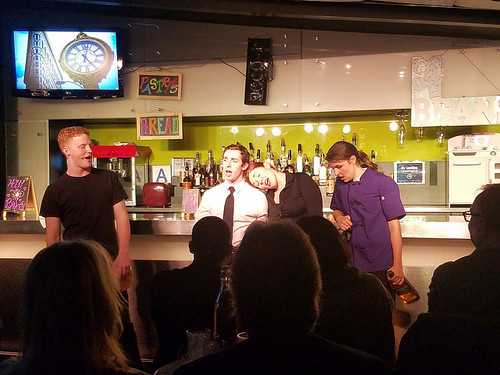 In fact, we liked the show so much that we immediately bought tickets for their night show (Imbible: A Spirited History of Drinking).  Their website currently describes it thusly:

Are you a cocktail connoisseur? A history buff?  A science geek?  Or do you just love extraordinary theater?  If so, the THE IMBIBLE musical comedies are the perfect Off-Broadway experience for you!
1 Part Education +
2 Parts Recreation +
3 Complimentary Cocktails =
The best theater deal in NYC!
THE IMBIBLE Off-Broadway shows combine music and comedy with history, science, and of course drinks to take audiences on journeys through time and around the world while learning about and enjoying cocktails and spirits! Created by internationally-acclaimed beverage educator Anthony Caporale, THE IMBIBLE Off-Broadway shows consistently receive rave reviews from both critics and guests alike. All performances include three complimentary craft cocktails, making THE IMBIBLE easily the best theatre deal on or Off-Broadway! 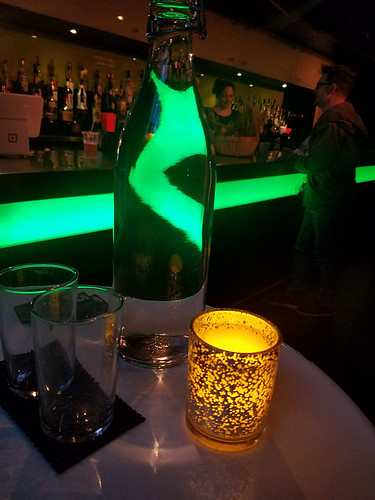 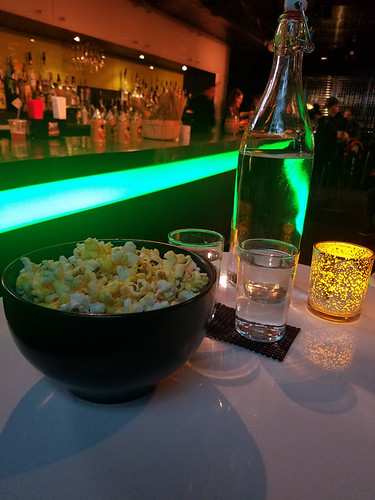 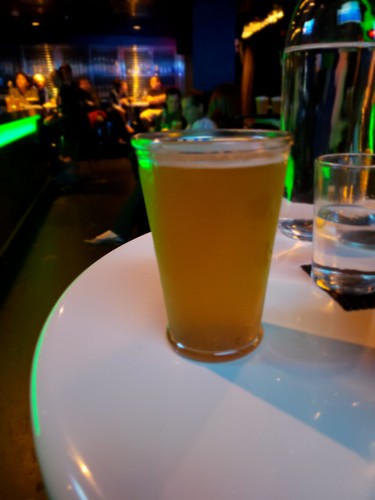 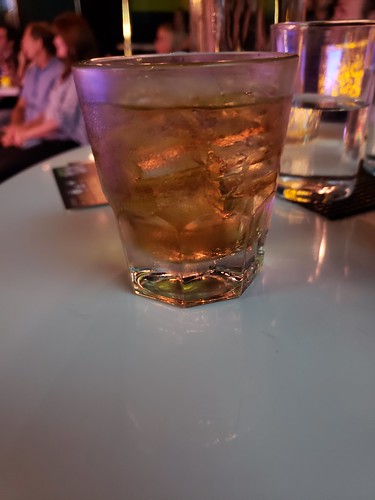 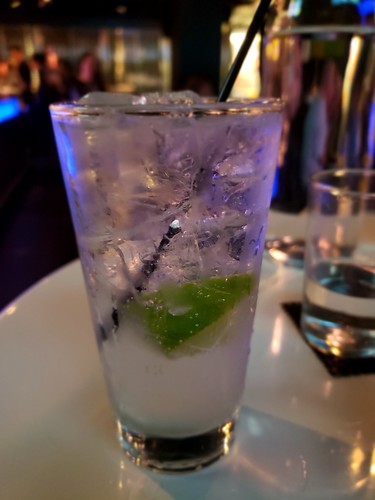 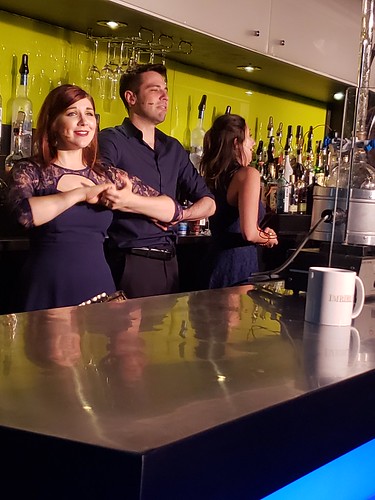 It was the most fun thing I’ve done on vacation in a really long time.  It was amazing.  Both shows were.
Posted by jalaire at 7:50 PM