A couple of things about my visit to the South Rim:

1. Several people fell over the edge in the weeks leading up to my visit.  This did not stop a bunch of people from doing stupid shit out on the edge. 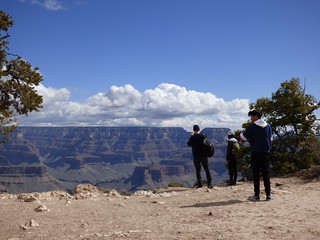 You have to enlarge to see, but there's a guy in a blue hoodie who has jumped the fence and is walking towards the edge.

2. I don’t think pictures can really capture the absolute scale of the canyon. 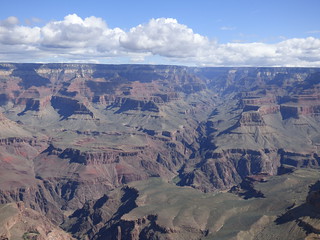 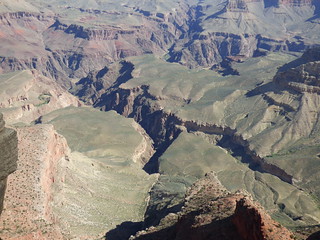 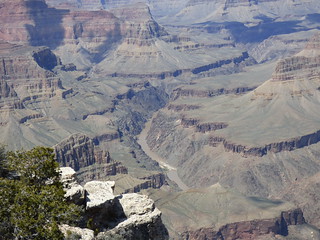 3. I was a little nervous that the weather would be too hot, but it was an absolute fabulous day.  It was high 60s/ low 70s a little chilly in the shade and definitely not too hot.  It was clear and sunny and just a beautiful day. 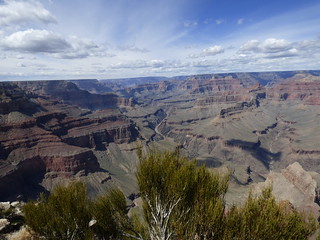 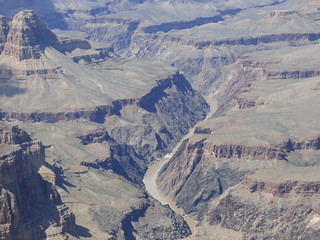 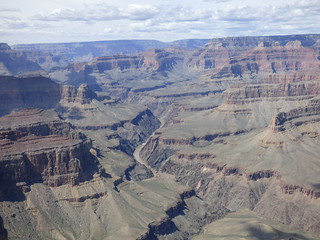 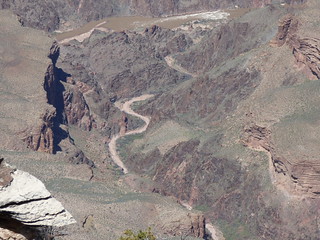 4. I was also a bit worried that the canyon would be packed (like Sedona the previous weekend), but I got to the park around 9 and the parking lots hadn’t filled up yet.  In fact, on the first bus I was the only one on it to the first stop.  And even as the day went on, the buses were generally full, but not crazy packed until the very end of the day.

If you’re a hiker then this is the place for you.  The viewpoints are all connected to the South Rim Trail, and those vary in length – some are as short as a ¼ mile, and, of course, there are a trails that take you down into the canyon.  But if you walk the rim trail you can catch a bus at any view point, if you get tired.  I also saw a tons of cyclists, and talked to a group of guys at Hermit’s Rest that had biked up the canyon (and did stupid shit near the edge). 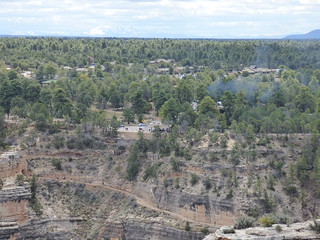 Given how uncrowded the park generally felt, I was surprised when I headed back to my car to find the parking lot was completely full and cars had started to park along the side of the road.  You’re welcome - to the guy who scored my spot.

After leaving that part of the park, I drove out to Desert View – stopping at a couple of viewpoints along the way.  Like this “duck on a rock” one. 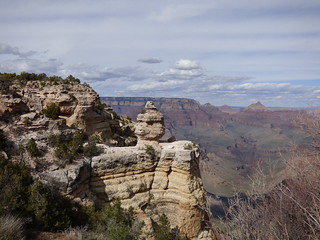 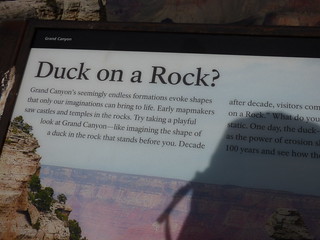 The Desert View/Watchtower was underwhelming, really.  By the time I got there the wind had picked up a little and it was getting close to sunset and had started to get really cold.  But they do have a store with rocking chairs on the porch and I sat and rocked for quite a bit. 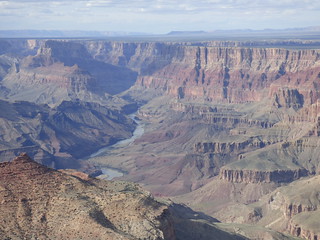 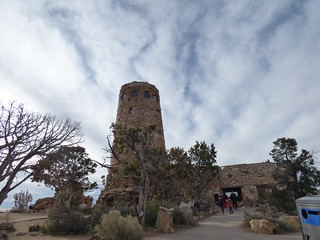 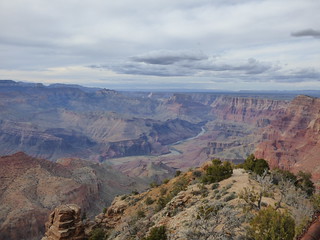 The next day, I drove out to the West Rim.  The West Rim isn’t part of the National Park; it’s on the Hualapai Reservation, and the own and operate the Skywalk.  My opinion here is that it is a huge waste of your time and money to drive all the way out here.  It was a LONG drive, mostly on country roads….with giant warning signs to watch for cows on the road and cattle guards pretty frequently.

It is also pretty expensive to buy a ticket that includes the Skywalk.  They do not allow (basically) anything on the Skywalk.  No pictures, not even a bottle of water.  They have a photographer and want you to just buy their pics.  I also was under the impression that the Skywalk was much bigger.  In reality, it was the tiniest semicircle; additionally they had the middle section roped off, so you could only walk halfway out and back, not all the way around the walk. 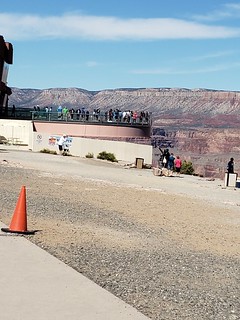 There is a non-Skywalking portion that is just open to the public and there are no fences at all.  There was a high profile tourist death a couple of weeks ago, and they had a large security presence and signs warning everyone to stay at least 10 feet back from the edge, but I also saw a lot of people going right up to the edge.

The formation at the West Rim is called Eagle’s point and it does look like an eagle in flight. The shuttle driver also commented that if you use your imagination it looks like a dog is sleeping on its left wing. 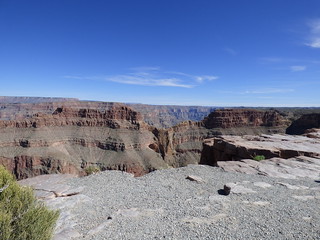 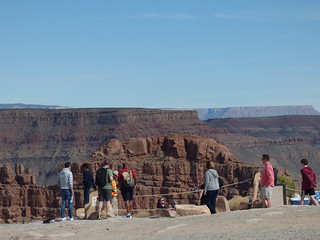 An eagle or hawk flew right through this shot. 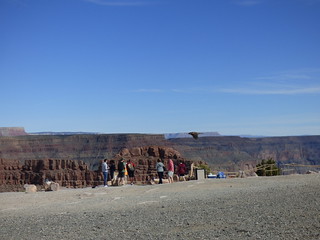 After seeing Eagle Point, I didn’t get off at either of the other 2 shuttle stops.  One was another viewpoint, and one was basically a place to for you to spend money….it was a little Western Town thing, that sold horse rides, and helicopter tours, and a bunch of other stuff, but I still recommend you just make the trip to the South Rim.
Posted by jalaire at 7:34 AM